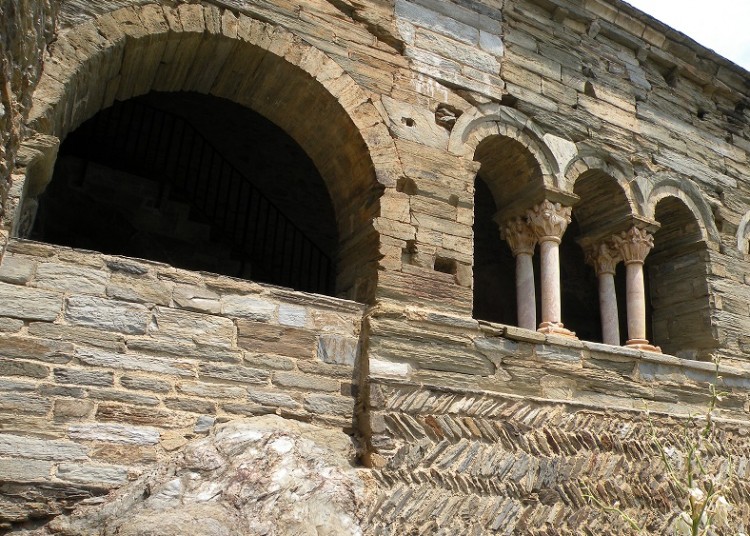 On April, 14th, 2016, Dr. Ana Rodríguez as principal investigator ( IH –CCHS-CSIC) and Dr. Sandro Carocci as cobeneficiary (Università degli Studi di Roma Tor Vergata) have been awarded an Advanced Grant from the European Research Council ( ERC ) -a call for competitive scientific excellence of the European Union- endowed with 2.5 million euros. The grant has been made towards their research project on “Petrifying Wealth. The Southern European Shift to Collective Investment in Masonry as Identity , c.1050-1300” and will be used to analyze the structural changes in Europe that led to the birth of a new architectural landscape between the eleventh and thirteenth centuries characterized by the breadth and rapid dissemination of masonry.

Between the years 1050 and 1300 the European landscape turned to stone. It was a structural transformation that led to the birth of a new, long-lasting panorama and helped in the creation of individual, collective and regional identities: a landscape epitomising the way we see the space and territory of Europe. The project Petrifying Wealth seeks to rewrite the social history of the central Middle Ages, emphasizing the need to reassess from an untried perspective an element that has always been present in our vision of the period—the sudden ubiquity of masonry construction—but which has hardly been given the opportunity to provide in-depth explanations for complex social dynamics. A project that seeks to offer novel explanations to previously unasked questions about wealth, building, and collective identity.

The speed, extent, and systematization of the construction of churches, towers, castle walls, palaces, and houses within castles and cities provide evidence of an underlying, if unaddressed, issue. That is, it is precisely in the twelfth and thirteenth centuries that the structural link can most clearly be seen between both private and collective wealth, and the investment in stone structures built to last. The study of the shift involving new institutional dynamics, but also unprecedented social practices, as well as ideological concepts radically different from those that had prevailed until then, aims to break down assumptions that have naturalized this truly astonishing process while using as case studies the undervalued regions of southern Europe to explore the larger questions. By inverting the standard approach that sees the heart of the former Carolingian empire (present-day France and Germany) as the wellspring from which other “peripheral” territories drank, Dr. Ana Rodríguez and Dr. Sandro Carocci will undertake to bring new light to probe the greater meaning behind the process of masonry building as an investment in social identity in the central Middle Ages.

The grant is joint with the Institute of History – CSIC (host institution) and the Università degli Studi Roma Tor Vergata (co-benefiary). Dr. Ana Rodríguez is currently Chief of the Department of Medieval Studies of the Institute of History, she specializes in Social History and coordinates PIMIC –ITN. Dr. Sandro Carocci, a renowed social historian, is Professor of Medieval History at the University of Roma or Vergata and also a member of the PIMIC project.