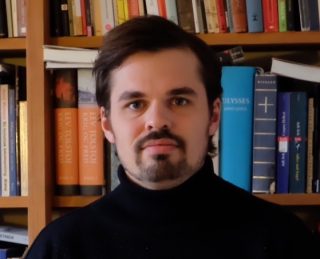 The thesis was passed with minor corrections.
The thesis was subsequently resubmitted with amendments and approved by the committee. The Ph.D. degree was officially conferred on the 1st of November 2017.

In this thesis, I explore the political culture in Damascus during the 7th/13th and 8th/14th centuries by examining the symbolic practices through which sultanic rulers and their
subjects negotiated local power relations.
As my point of departure, I use a protest against Mamluk tax policies that took
place in 711/1311. I argue that this protest should not be understood as a spontaneous
outburst of popular anger, but as a meaningful political act that reflects the wider political
culture of the period and lends itself to interpretation of multiple levels.
First, I demonstrate how the 711 protesters engaged in a multi-layered form of
visual communication by carrying objects that referenced local identity, contemporary
politics and Islamic history. I then contextualise the protest within the urban landscape
of medieval Damascus. By exploring the historical development of procession routes
and parade grounds in Damascus, I argue that the choice of venue that characterised this
and later protests was based on a desire to appropriate spatial nodes in the topography of
sultanic power. I then turn to the Umayyad Mosque as the antithesis of the ceremonial
culture of the military parade ground. I argue that the protesters of 711 used visual
references to the mosque in their procession, especially by placing the khaṭīb (Friday
preacher) as leader of the procession, but that his participation must also be understood
in the light of his wider socio-political role.
Finally, I examine the narrative sources through which we access this and other
political events in Mamluk Damascus. I argue that the use of these narratives as a source
for political history must be accompanied by a comparison of how individual authors
frame the same events and critical reflection on how representations of historical events
are shaped by and shape the overarching agendas of their respective works.