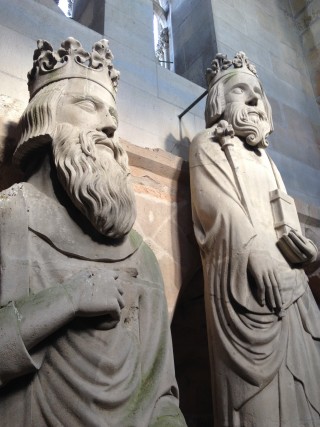 I am researching the transmission of norms in twelfth- and thirteenth- century Anglo-Norman and Icelandic literature and developing and testing models of norm transmission in the textual context. This examination involves close reading and considers the rhetorical mechanisms employed by the poets, as well as broad thematic analysis. I am studying the transmission of honour, legal, and social norms in several works, including seminal texts such as L’Histoire de Guillaume le Maréchal, Chrétien’s Perceval, the lais of Marie de France, and Raoul de Cambrai, as well as several lesser-known Anglo-Norman romances. My work on Icelandic literature will serve as a comparison to the Anglo-Norman material, and, given the Icelandic preoccupation with legal disputation, will focus more on the transmission of legal norms and legal knowledge. The main Icelandic texts that I am considering include Njal’s Saga, Hrafnkel’s Saga, and Egil’s Saga. In the course of my research, I am considering how writers in twelfth- and thirteenth- century Iceland and Anglo-Norman territories discuss issues of transmission in terms of the education and training of young knights (in the Anglo-Norman context) and legal experts and warriors (in the Icelandic context). I also believe that it is critical to reconsider the relationship between literature and historiography and to rethink the boundaries that divide these genres, which I propose have led historians to undervalue literature as a source for cultural history. I hope this research will eventually develop into an examination of the relationship between the modes of transmission of honor norms and the creation of law and institutions.